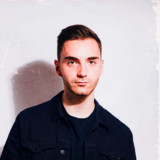 Driving forward and presenting a unique take on house and electronic music, Chris combines emotive melodic tones and euphoric atmospheres over grooves ready for dance floors, clubs and festivals around the world. Born and raised in the city of Chelmsford (just North-East of London) he signed his first record deal at fourteen years old. Chris has gone on to write and produce music that has seen great success around the world as well as touring as a DJ, playing countless clubs and festivals. His first hit was in 2014 with ‘Make The Crowd Go’. The song went viral, achieving over 1.5 million streams online with only 5 pounds (around 7 US Dollars) spent on promotion. Since then he has produced under many different aliases that have delivered high quality electronic music including ‘Gorilla Culture’ with whom he toured the UK in 2018 and 2019. His musical projects have achieved over 10 million streams and downloads worldwide. His music has been played and supported by Martin Garrix, BBC Radio 1 and Kiss FM and he has had several record deals including being signed to New State Music, Helium Records and a distribution agreement with AWAL/Kobalt Music. Aside from his own original material, behind the scenes Chris also produces for prolific artists and brands. 2021 looks to be an exciting year with a series of upcoming single releases as well as remixes and collaborations with artists in London, LA, New York and beyond.