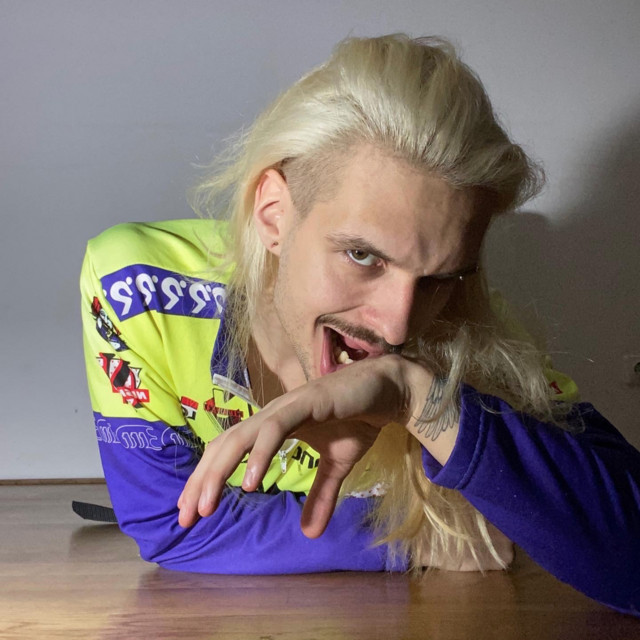 🌹 instagram: @chenkooooooo 🌹  Chumachenko began his musical endeavours in 2019, with an eccentric concept single Dance Vandens - an electronic two song story about a Lithuanian folk deity The Laumess . The lo-fi, cassette grained single led by a roaming deep-voiced storyteller was immediately picked up by the Lithuanian National Radio station “LRT Opus” and found it’s first audiences around the country through radio waves and online streaming services. Chumachenko’s mannerisms of talk-singing his anglophone poetry with touches of French continued on in his following release - the Sex EP, this time adding Russian into the mix. The second collection of homeless songs, according to the artist, was written separately throughout the years, with Striptease dating as far back as 2017, yet it became unified under the singular subject which repeated itself through the songs. The short release of more rugged and harsh, whispery poetry was added to the Lithuanian radio archives continuing to work for the artist whilst he was away in Bosnia and Herzegovina working on his most ambitious project yet - his grand debut - “The Dog Sings”. Singing Moon was released as a teaser for the upcoming album and the melancholic high-pitched chorus combined with hard beating drums and euphonious synthesisers assured us that the dog is truly going to sing this time. He’s going to sing his heart out and you won’t resist dancing to it’s hammering beat. - Midnight Anonymous