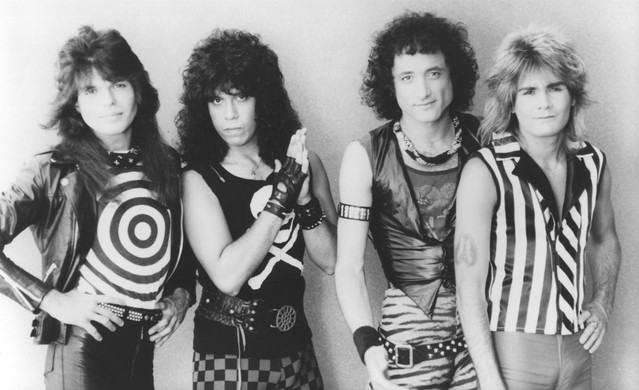 QUIET RIOT is a rock n roll phenomenon. Famously described as the first heavy metal band to top the pop chart at #1 on Billboard magazine, the Los Angeles quartet became an overnight sensation thanks to their monster 1983 smash album Metal Health. The story of QUIET RIOT begins in 1980 when Kevin DuBrow formed a new band under his own name, working with Frankie Banali and a variety of musicians over the next few years before signing with Pasha/CBS Records, reverting back to the QUIET RIOT moniker, and entering the studio with new guitarist Carlos Cavazo and bassist Chuck Wright. Chuck left the band mid-recording and was replaced by Rudy Sarzo. Driven by the irresistible double whammy of the title track and a raucous rendition of the old Slade song "Cum on Feel the Noize," the album stormed up the U.S. charts, reaching the number one spot and going platinum five times over. Frankie Banali's history with QUIET RIOT began in 1982 and he has the distinction of being the only member of QUIET RIOT to have recorded on every QUIET RIOT release from 1983's Metal Health through 2006's Rehab. After nearly three years since the loss of his friend and bandmate Kevin DuBrow, and with the blessings and support of Kevin DuBrow's family, Frankie has decided to continue his journey and the musical legacy of QUIET RIOT along with bassist Chuck Wright, guitarist Alex Grossi. They are currently promoting their latest album, Hollywood Cowboys which they recorded with vocalist James Durbin.