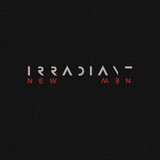 With relentless use of power, many have attempted to redefine human nature. Few have partially succeeded. Consistently, symbiotic phenomena coexist in every attempt to create the so-called new man in a massive scale. Domination, through strict controls. Tracking, with severe surveillance. Conditioning, by numbness and desensitization. Instead, not the utopic version of human kind results out of this, for The New Man is nothing but the bottom of human dignity.