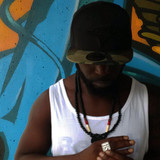 “Without deviation from the norm, progress is not possible.” - Frank Zappa In 2008, DJ Kush Nubia emerged as a virtual unknown and has since opened for Kahil El Zabar, Brownman, Whaleed Kush, Quartier Latin and Njacko Backo. In 2009, Kush created a monthly party showcase known as the Upendo Movement. Upendo - Raw & Psychedelic Afro Sounds followed the path of Afro-fusion rhythms and aimed to bridge communities through music. In June 2011 audiences were introduced Àjôyõ ™. Kush’s brainchild was motivated by the demand for Afro Deep house, Afro Soulful House, Afro/Latin/Brazilian Break Beat. The event also featured live percussion and dance. Wearing multiple hats is nothing new to Kush Nubia, whose other talents include the visual arts and spoken word, evident on a 1994 CD release put out by Fuzz Records. He’s also a former music columnist for national publication, Sway Magazine. His musicianship began at an early age at the Royal Conservatory of Music where he learned acoustic and classical guitar. Family members who introduced him to a broad spectrum of musical artists from Charlie Pride to KISS developed his eclectic ear. Like many innovators before him, Kush Nubia refuses stay in one lane. Considered a tastemaker in Toronto’s Afro-House scene, the multitalented DJ/Producer has embarked on yet another journey with a series of EPs through his publishing company Motosimba Music. For bookings please contact Motosimba Music via email :info@motosimba.com