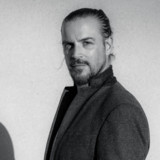 "The Tree" featuring L'FREAQ out now. The way out is here. It's inside. Born and raised in Dublin to a musical family, Colin Smith first gained acclaim as the singer for alternative band MrNorth. His versatility as a live performer has landed him gigs alongside Christina Aguilera (where he served as her live duet partner on renditions of the Top 5 hit “Say Something), Alicia Keys, Swizz Beatz, The Who, Van Halen, and many others. Among his diverse solo studio credits include featured vocals on “Hurricane Love,” the powerful new track by Finnish trance duo Super8 & Tab.