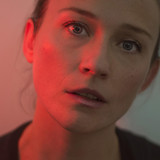 Getting ready for april-album-release by dropping two new songs 03.13.2020: Spøkelse and Ringer ! Marte Wulff is an artist, singer and songwriter based in Oslo, Norway. Many of her songs has been featured in different films an tv-series throughout her career, and hits like Accident, Carousel (Of Love), Lady, Racing (with Erik Faber), Finne deg igjen, and also Vi ferier jul and Vandrer på en sky (With Charlotte Qvale) has achieved high rotation on Norwegian radio. She is a dedicated environmentalist that uses her voice as a musician to raise awareness on the issue. Wulff has released five solo albums so far, one of witch was recorded in collaboration with the Kristiansand Symphonic Orchestra in 2014. She has been nominated for the Spellemann award twice, both for her debut and for her latest, self titulated release (2016). Wulff plays the piano and the gitar, is known for her strong, direct and personal lyrics and is an artist with a unique voice and a strong presence. She is a popular duet partner and has performed with artist like Bjørn Eidsvåg, Madrugada, Kaada, Erlend Ropstad, Thom Hell and Frank Hammersland on their songs, live or on record. As a solo artist she has appeared on the norwegian tv-show God morgen, Norge as many as six times, and she has also performed live on shows like Lydverket and Lindmo.