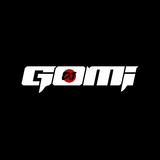 DJ Gomi is an internationally acclaimed producer, songwriter, and disc jockey from Japan. As a child, he was exposed to music as his family-owned an instrument shop. His father was a piano tuner. Being around him trained his ear to music. While in Tokyo, he was able to land a job with Haruomi Hosono (Yellow Magic Orchestra) where he mentored Gomi. When looking for schools, he won an Uchida Scholarship for Berklee College of Music where he studied Music Synthesis under Dr. Richard Boulanger. Even from his childhood, he was inspired by music producer and musician, Quincy Jones, who was an alumnus and sometimes lecturer at the school (to confirm). Also at this time, New York was home to an impressive nightlife scene that attracted him. Oftentimes, he’d go down to experience the scene and see what new music was being played. Upon graduation, he moved to New York and his path in the music industry took off. Much of his large discography has been broadcast on major media outlets and performed in major venues by other DJs. An impressive list of musical artists throughout the world have invited him to either produce their music or provide them dance remixes - these include Beyonce, Janet Jackson, Madonna, Whitney Houston, Mariah Carey, and Rupaul. His crowning achievement was producing and remixing Seasons of Love (from the musical, Rent) which became an instant dance-floor classic.