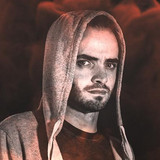 <div>MIKE STAMPER is a one man band formed by Aitor G., a spanish multi-instrumentalist born in Asturias (Spain). After participation on many local bands from the asturian scene (Unexpectance, Black Devil, Gajes del Oficio, Preventive Suicide, Archaeopteryx Ultraavantgarda...), this project started as a side project in 2010 with "Stampcore" demo EP. It was later followed by "Before I Die" (2013) single. Both were an statement of intention of what the project was intended to be.</div><div> But it wasn't until 2016 when everything really started, with the release of "Ended By Error". It was a concept album focusing on life's bad decisions and their consequences, which finally settled the project style, mainly based on instrumental metal with several modern influences mixed with ambient parts. Epic melodies, heavy rhythms, breakdowns and atmospheres defined the style from there on.</div><div> In 2017, "Extended By Error" was released, a sequel to 2016's "Ended By Error" and focusing on the evolution of the same concepts, the search of redemption through resilience, and the later relapses through sorrow and nostalgia. This album followed the same style of his older brother, with special focus on the melodies. </div>