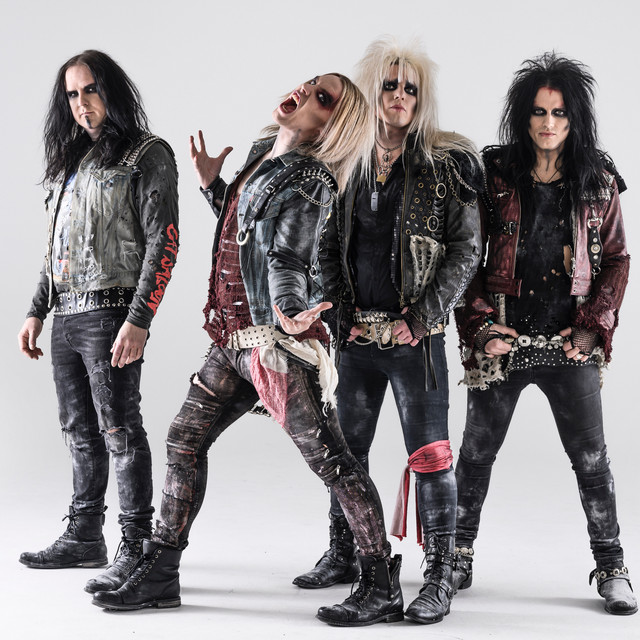 CRASHDÏET was formed in 2000 in Stockholm and they broke through with the debut Rest In Sleaze a few years later. With songs like ’Riot In Everyone’ and ’Generation Wild’, they have acquired an obvious place among fans of sleaze and glam.   Recently, the band presented Gabriel Keyes as the new singer. On New Year's Eve 2017, the band's new single ”We Are The Legion” was released.   Background A leading force in the Swedish “sleaze rock” scene of the 2000s — a revival of the glam metal (or hair metal) of the 1980s, but with a more pronounced punk element, often rawer in sound and raunchier in style — CRASHDÏET formed in 2000, taking inspiration from Skid Row, Guns 'N' Roses, Kiss, W.A.S.P., and G.G. Allin, and vowing to bring back the big shows and big songs of “unpredictable and dangerous” rock & roll. CRASHDÏET has become known as a band with a huge following of diehard fans and the massive interest for the band never seems to fade.   The group was signed by Universal in 2004 — making them, by their reckoning, the first sleaze rock act on a major label in over ten years — and released their debut, Rest in Sleaze, the following year.