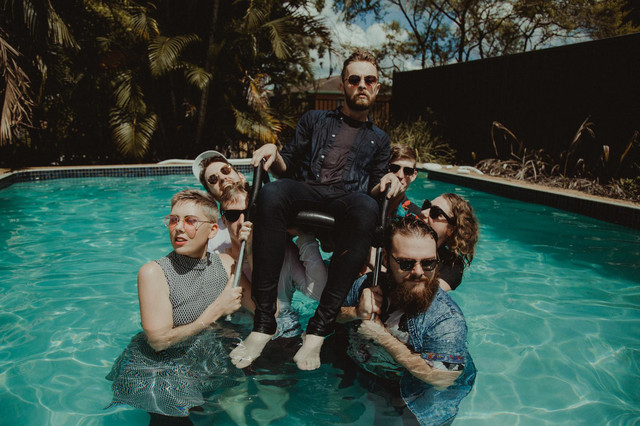 Dad’s Fastest Swimmers is a collective of amateur swimmers and somehow even more amateur musicians. The indie pop band formed after a day at the local pool in the scorching Queensland heat (because, free band aids) where the friends challenged a kids swim club to a race. Despite the fact that lead singer Lucky can’t swim and has a debilitating fear of water and children, the group still beat out the club of eight year olds.   While drunk on the taste of victory they decided they might as well form an indie pop band. Hard To Swallow is the Debut EP Release from 'Dad's Fastest Swimmers'. This 4 track EP is just a taste of Dad's Fastest Swimmers and their eclectic collection of catchy, sing along, alt-pop. The 8-piece band have huge plans for the future with more releases, more sold out shows, and a whole lot more pool toys.