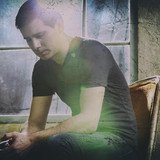 Singer-Songwriter Nicholas Wells found his passion for music at a young age. Since the age of eight, his vocal and piano-driven songs have chronicled his growth in life and as a songwriter with memorable melodies and emotional storytelling. His music has appeared in programs on MSNBC, SYFY, and Netflix, and spins daily on international radio. In addition to his solo performances, Nicholas has worked as a singer, pianist, producer, and arranger with acts such as Adele, Five For Fighting, PLVTINUM, and MSNBC’s Joe Scarborough, who he supported on The Late Show with Stephen Colbert and ABC’s The View.   Over the span of fifteen years, Nicholas has released three original EPs, three studio albums, and multiple singles. His YouTube channel, featuring music videos, in-studio performances of original and cover songs, and behind-the-scenes footage, has garnered well over a million views. Nicholas’ commitment to creating “music with meaning” inspired the music video for his song “What I'm Here For,” starring his two adopted cats; this in turn inspired his fans to support their own local animal shelters. Performing both solo shows and with his full band, Nicholas engages in heart-to-heart moments with his fans, celebrating his eclectic catalogue of upbeat, anthemic songs, as well as songs of deep-cutting honesty. His dedication to songwriting, his rich and soulful voice, and uniquely engaging, piano-laden performances make Nicholas Wells an artist to watch.