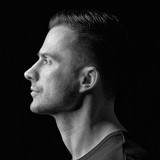 Kicking his career off as a mash-up artist, Serbian-Australian producer Dragan Roganović has released many successful EDM productions and remixes under the moniker Dirty South. Prone to grandiose crescendos and euphoric dance cuts, he began issuing a series of original progressive and electro house albums in the 2010s and even branched out into film with his indie pop-inspired second album, 2014's With You, which included a self-directed visual accompaniment piece. In the latter part of the decade, his shimmering sound took on a slightly darker hue, especially with his fourth full-length, 2018's Darko. Born in Belgrade, Dragan moved with his family to Australia when he was 13. He first began making bootleg remixes of dance tracks with only a tape deck, a mixer, and a splicer at his disposal, but in 2004 he bought his first laptop computer and Dirty South was born. The Vicious Vinyl label would issue his debut single, "Sleazy," in 2005, while 2006 saw his remix of Evermore's "It's Too Late" top the Australian club charts. In 2008 his remix of Kaskade's "Sorry" was nominated for a Grammy Award for Best Remixed Recording, while 2011 saw him nominated for the award again for his work on the Temper Trap's "Sweet Disposition." The compilation Strictly Dirty South was released in 2011 as well. In 2012 he released the "City of Dreams" single in collaboration with Swedish DJ Alesso, while 2013 saw him make his official debut with the album Speed of Life. His 2014 LP, With You, was influenced by indie pop and was accompanied by a 38-minute film directed by Roganović with songs from the album as its soundtrack. While he continued to issue singles like "Find a Way," "All of Us," and "I Swear," he wouldn't return with another full-length until XV. Released in February 2018, the set featured ANIMA! on "Next to You" and "If It All Stops," Rudy on "Love Story" and "Higher," and Eden Prince on "Believe." Roganović returned later that year with his fourth Dirty South album, Darko, which he described as the "moodier cousin of XV." The moody vibes continued on the more club-driven 2019 EP Little Devious, though the 2020 single, "Kiss from God," saw a return to the lofty celestial pop of his earlier style. ~ David Jeffries, Rovi