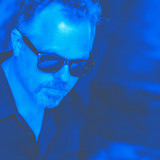 Many in the know have long believed that Charlie Wood was one of Memphis' best-kept musical secrets. These days, Wood lives in London and is starting to gain an international footing in the world of blues and roots music. This talented keyboardist, singer, and songwriter led a procession of small groups in and around Memphis for much of the 1990s and only moved to London in the late 2000s. Wood has a knack for writing stunningly original, witty vignettes and breaking new thematic ground in the blues idiom, and he avoids the tired old clichés of the music. Instead, he writes insightful, often funny songs in the tradition of Mose Allison, songs like "You Are Not Among Friends," "Back When I Was Stupid," "The Art of Leaving Well Enough Alone," and "Coffee Is for Me." Born in Memphis in 1967, Wood studied classical piano from a young age before getting interested in jazz piano in high school and college. By 1990, he caught his first big break, spending a year on the road with legendary blues guitarist Albert King. Back in Memphis in 1991, the Charlie Wood Trio played nightly at King's Palace Cafe on Beale Street. Over the ensuing 15 years, luminaries including Joey DeFrancesco, Georgie Fame, B.B. King, Rufus Thomas, Alvin Batiste, Tony Reedus, and others sat in at various points with Wood's trio. Wood's recordings include Southbound and Who I Am for Ben Sidran's Go Jazz label and Somethin' Else and Charlie Wood and the New Memphis Underground for the Memphis-based Daddy-O Records. In 2006, in response to the aftermath of Hurricane Katrina in New Orleans, Wood wrote "Never Gonna Stop New Orleans," and the tune was later recorded by Irma Thomas, often referred to as New Orleans' Soul and Blues Queen. Most recently, Wood has been living in London and touring around England and other parts of Europe, developing his audiences there, but he also signed a three-album deal with Memphis-based Archer Records back home. Wood's Flutter and Wow, produced by Norah Jones' collaborator Adam Levy, was released on Archer in 2009. Fittingly for such a gifted songwriter, it includes Wood's takes on songs by Tom Waits, Paul Simon, and Leonard Cohen, but Flutter and Wow also showcases Wood's thoughtful original songs. ~ Richard J. Skelly, Rovi