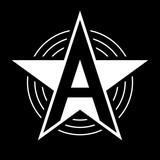 Tom Counihan and Dave Lysien were the co-songwriters in the Addison, IL band Not Rebecca who were part of the seminal 90's Chicago punk scene that spawned bands like Smoking Popes, Alkaline Trio, The Bollweevils, Cap'n Jazz, Oblivion, Apocalypse Hoboken and many more. After the band broke up in 1998, Lysien did a stint in the band Woolworthy before forming the long-running group Textbook. Counihan moved on as a touring member of Smoking Popes and later launched a solo career as Tom Daily. The duo hadn't collaborated in well over a decade until they started working on new music together in 2015 under the name The Addisons. The band is now rounded out by Rick Uncapher on bass (Dan Vapid and The Cheats, Noise By Numbers, Textbook) and Eric Jensen on drums (Not rebecca).