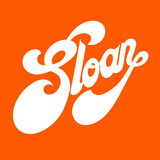 Among North America's strongest and most consistent pop bands, Sloan merged the intelligence and attack of alternative rock with the irresistible hooks and melodies of classic power pop. Featuring four gifted songwriters, Sloan became one of Canada's most popular and celebrated bands of the '90s and retained a sizable following at home well into the 2010s. Poor marketing prevented them from finding similar success in the United States, though they won a rabidly loyal cult following in the Lower 48, and their 1996 album One Chord to Another became a touchstone on both sides of the border, establishing the group as one of the leaders of the new wave of power pop groups in the late '90s. Andrew Scott (drums), Chris Murphy (bass, vocals), Patrick Pentland (guitar, vocals), and Jay Ferguson (guitar, vocals) formed Sloan in Halifax, Nova Scotia in 1991. Ferguson and Murphy had previously played in the local band Kearney Lake Rd., a group inspired by underground American bands like R.E.M. and the Minutemen. Scott and Pentland also played in various local bands, but the group didn't come together until Murphy and Scott met each other while studying at the Nova Scotia School of Art and Design. Sloan debuted in the spring of 1991, and within a few months, their feedback-laden live shows had gained a sizable audience. By the end of the year, their first recording, "Underwhelmed," appeared on the local Halifax compilation Hear & Now. Early in 1992, they released the Peppermint EP on their own Murderecords, and by the summer, they had signed with DGC. Sloan's debut album, Smeared, a record where Sonic Youth meets Beatlesque pop, appeared in October in Canada and in January 1993 in America, and was greeted with positive reviews. While the band had a gold album in Canada, the good press didn't translate to sales in the U.S., even as the group supported the Lemonheads and fIREHOSE at several concerts. Nevertheless, the domestic success of Smeared sparked a brief period of interest in "the Halifax scene," with groups like Eric's Trip, Thrush Hermit, the Hardship Post, and Jale all benefiting from the exposure. For their second album, 1994's Twice Removed, Sloan simplified their sound considerably, concentrating on melodic, hook-laden power pop. DGC wanted the album to be noisier, but the band won its fight to keep it bright and melodic. Nevertheless, DGC failed to promote the album upon its release, especially in America, even in the wake of good reviews and strong Canadian sales. The band toured relentlessly to support Twice Removed; the record was named "The Best Canadian Album of All Time" in a poll by Chart! magazine, and Spin called it one of the "Best Albums You Didn't Hear This Year," but DGC was not giving the band much support. By the end of the year, the band decided to cancel their remaining shows in the new year and decide whether they really wanted to pursue a music career. Sloan re-emerged in the summer of 1995, playing a handful of concerts and releasing a single, "Same Old Flame," on Murderecords. During their hiatus, the members pursued various side projects, with Scott forming the Maker's Mark and playing in the Sadies, while Murphy drummed for the Super Friendz; Pentland wrote a handful of songs, and Ferguson worked at Murderecords and managed the Inbreds, as well as co-producing a record by the Local Rabbits. Toward late summer, Sloan decided they wanted to continue as a band, and that winter they recorded One Chord to Another, a record that expanded the power pop approach of Twice Removed on a small budget. Although its origins were modest, the album was a huge Canadian hit upon its June 1996 release. After much negotiation, Sloan signed with the fledgling EMI subsidiary Enclave in early 1997, and One Chord to Another was finally released in the U.S. in the spring of 1997 to overwhelmingly positive reviews. Navy Blues followed a year later. A double-live album, 4 Nights at the Palais Royale, was released by Murderecords in 1999, as was a new studio effort, Between the Bridges. Pretty Together arrived in 2001, followed by Action Pact in 2003. The career retrospective A Sides Win: Singles 1992-2005 was released in the spring of 2005. The following year, Sloan released their eighth full-length record, the self-recorded Never Hear the End of It -- which featured songs from all four members -- on Murderecords in Canada, while Yep Roc issued it in the U.S. Parallel Play arrived in 2008, followed by the Hit & Run EP (2009) and the full-length Double Cross (2011). Sloan's democratic songwriting style was taken to its logical conclusion in 2014 on their next record, the expansive double album Commonwealth. Each of the four sides featured a suite of songs written by a single member of the band, allowing their different personalities to shine through. The most ambitious of these was Scott's, which featured a single 18-minute song. Commonwealth appeared to favorable reviews in September of 2014. In 2016, Sloan recognized the 20th anniversary of One Chord to Another by issuing an expanded box set edition of the album, as well as mounting a tour in which they played the LP in full each night. At the end of that year, the band celebrated the holidays with the release of a Yuletide single, "Kids Come Back Again at Christmas" b/w "December 25." 2018 saw the release of Sloan's 12th album, simply titled 12, which also featured 12 songs, three from each member of the band. They supported the release with a tour of Canada and the United States. ~ Stephen Thomas Erlewine, Rovi