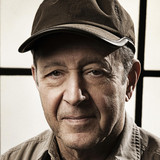 A highly influential avant-garde composer and one of the key founders of the minimalist school of music, Reich has embraced a wide variety of musical styles and interests, forging from them a unique synthesis. Reich took piano lessons as a youngster, but his first big musical revelations came at 14, when he encountered the music of Bach and Stravinsky. He also had his first exposure to bebop, and immediately started learning drums and playing in a jazz band with friends. He played on weekends while studying at Cornell, which he entered at age 16 and where he received a degree in philosophy, specializing in the work of Wittgenstein. In 1957, he entered Juilliard, studying with William Bergsma and Vincent Persichetti (and meeting fellow student Philip Glass). Here Reich first heard 12-tone music; he got a further dose of it during graduate studies at Mills College in Oakland, working with Luciano Berio and Darius Milhaud, and eventually earning his master's degree. At about that time Reich met Terry Riley, who was in the process of writing In C (1964). Reich played in its premiere, and In C's tonal approach and use of repeating patterns had a big influence on Reich's own music. In turn, Reich suggested the use of the eighth note pulse, which is now standard in performance of the piece.

Reich had been experimenting with tapes, creating loops of speech and layering them, allowing the layers to move in and out of sync with one another. His early works It's Gonna Rain (1965) and Come Out (1966) led to similar experiments with live performers, the first of which was Piano Phase for two pianos (1967). Back in New York, Reich and Glass formed an ensemble to perform their music (1968-1971). Several of those players later formed Steve Reich and Musicians, which has toured the world many times over. In 1970, Reich studied for several weeks at the University of Ghana. His encounter with Ghanaian music and dance inspired his ambitious work Drumming (1970). Encounters with Indonesian gamelan music in 1973-1974 at Seattle and Berkeley were equally significant, and broadened Reich's rhythmic and timbral palette. His most significant composition of the time was Music for 18 Musicians (1974-1976), a large and colorful work which brought Reich worldwide recognition. In the mid-'70s, Reich started taking Torah classes with his future wife, video artist Beryl Korot. He also studied traditional Jewish cantillation and incorporated it into his psalm settings, Tehillim (1981). Several chamber and orchestral works followed in the 1980s. For Different Trains (1988, a Grammy winner), Reich used a digital sampler to record speaking voices and derived the rhythmic and melodic ideas of the piece from those voices. Reich knew that Different Trains was going to lead to some kind of new documentary form incorporating both video and music. Collaborating with his wife for the first time, the two completed their theater work The Cave in 1993. They continued to explore the combination of music and video with Three Tales (1998-2002). By the end of the 21st century's first decade, the lasting significance of Reich's music was being recognized worldwide. After 1998's new recording of Music for 18 Musicians won a Grammy, Reich received honorary doctorates and awards from Juilliard, Budapest's Franz Liszt Academy and other schools; the 2007 Polar Music Prize; the 2009 Pulitzer Prize for Music (for Double Sextet); and, in 2012, an American Academy of Arts and Letters Gold Medal for Music. In 2016, as Reich celebrated his 80th birthday, he continued to debut new material -- Pulse, a composition for winds, strings, piano, and electric bass, premiered at New York's Carnegie Hall as part of a special birthday concert on November 1, 2016, while Runner, a dance piece for winds, percussion, pianos, and strings, was introduced by London's Royal Ballet less than two weeks later, on November 10.