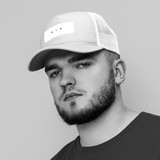 Gaullin - a Triple Platinum and Gold-certified producer from Lithuania. Ever since 2016, the young talent has been on a journey of creating his own sound design. In 2017, with the help of a well-known YouTube music promotional channel Lithuania HQ and B1 Recordings managed to kick off a rocket start by reaching thousands of fans worldwide. This young dance avant-garde shaped a signature style that is extremely danceable while oozing a certain kind of darkness – and spreading from Lithuania via Central Europe to the US in a flash. Definitely not a coincidence, as Gaullin stated in the wake of his first release: “If there’s one thing I want people to know about me, it’s that I work on my goals until I reach them.” His hit single Moonlight – a remake of XXXTENTACION song has been his greatest success so far. The single got supported by artists such as Don Diablo, Oliver Heldens, Diplo, R3HAB and DVBBS. What's Up released with Lucky Luke, is Gaullin's most successful original song so far. In less than a year, the track has reached more than 25M streams on Spotify and got supported by major Electronic music duo Ofenbach. Seven Nation Army is one of Gaullin's recent collaborations with Julian Perretta that was recognized by UEFA EURO 2020 and made it to its official playlist. And the best is yet to come - Gaullin presents his new track "Pretty Please" with astounding voice owner INNA on 24th September.