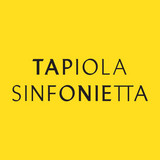 ‒ the orchestra of the City of Espoo – is a high-quality chamber orchestra whose guest performers include leading Finnish and foreign conductors and soloists. For more than 30 years, the orchestra has maintained a core repertoire of the Viennese Classics, but the ensemble is also eager to perform contemporary works and children’s music and participate in multi-genre productions. The orchestra tours regularly in Finland and abroad. Its home base is Tapiola Hall at the Espoo Cultural Centre, which is also where most of its 70 discs have been recorded. In the early days of the orchestra, it had artistic directors such as Jorma Panula and Osmo Vänskä and guest conductors including Paavo Berglund, Hannu Lintu, Leif Segerstam, Masaaki Suzuki and Olari Elts. The artistic directorship of Honorary Conductor Jean-Jacques Kantorow (1993–2006) was in a decisive importance to the shaping of the orchestra’s current sound. Among the Artists in Association have been pianist Olli Mustonen, violinist Pekka Kuusisto and conductors Stefan Asbury and Santtu-Matias Rouvali. In the season 2020/2021 the Artists in Association are conductor-cellist Klaus Mäkelä and guitarist-composer Marzi Nyman.