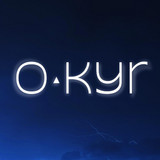 It all started in 2017 when the guitarist Tiago Alain and the bassist Jean Elias start composing some themes and riffs together, influenced by progressive metal/rock bands such as Symphony X, Dream Theater, Pain of Salvation, Rush, Opeth and Haken. From the initial riffs, other ideas started coming and the songs gained shape added by other seasoning such as brazilian popular music, jazz, latin music and other rock genres. During this process, they invited Carlos Rocha for vocals and the Valmir Pegas for the drums, two experienced musicians whose support on finishing and polishing the songs that eventually became the debut album of the band. Okyr has born, this name which originated from Kaingang indigenous people from Brazil, and it means "The Sound of History". Always striving to be daring, experimental and provocative, this album represents what the band wants the world to hear, something inspiring and innovative.