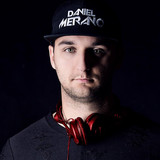 Daniel Merano is an Austrian DJ, producer and moderator within the Electronic Dance Music Scene. Originating from Austria, Daniel Merano has been part of Austria’s second largest radio station “Kronehit” and it’s radio shows “Clubland XXL and “Kronehit Club” for the past 5 years, playing the latest and most popular House Music tracks in his sets. His biggest annual gigs to date are live shows at the Donauinselfest, Surf Worldcup and XJam, to name just a few. In 2020 he signed with SIYA Records. Daniel published his first single called “Endlich Sommer” in 2017, following with his second single “Nor More Tears” in 2018, to which Klaas also contributed with 2 of his Remixes. After taking a break for two years he released his 3rd single called “Last Chance”.