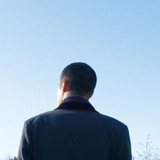 Oxen Butcher burst onto the scene in January 2016 with his first track "Just Stay" which was given away as a free download and immediately supported by BBC Introducing. His first official release, "Love and Happiness” EP on Enormous Tunes followed shortly after, reaching No. 1 in Chill Out on Beatport. The title track of the next EP, "Walking On the Sun", was featured on Tiesto's AFTR:HRS Spotify playlist, and was played over 600k times. Moving to Flashover Recordings, next came a remake of Nina Simone's classic song "I Wish I Knew How It Would Feel To Be Free" which was play listed on Spotify by Tiesto, Nicky Romero, Sam Feldt and Ferry Corsten. Now signed on an exclusive multi track deal to Disco:wax in Denmark, with the first release “Good To My Soul” out now, 2018 looks set to be an exciting year for Oxen Butcher.