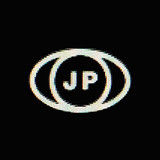 Dublin born, Jay Pryor is the young dance music producer and DJ who can already count impressive support from international artists including Danny Howard, Tiësto, Diplo, Martin Garrix, Pete Tong, A-Trak and David Guetta. With a raft of his recent productions achieving great success including ‘So What’ and ‘Do It Again’ on Steve Aoki’s new Neon Future IV album, Jay Pryor has generated over 80 million streams on Spotify alone. Not stopping there, he has also been called upon for his remixing skills by Dermot Kennedy, Kehlani, Ty Dolla $ign, Snakehips, ZAYN, Anne-Marie and Diplo to name a few. To say Jay Pryor’s future is bright would be an understatement. Still beaming from his ‘Sunset Sessions’, Jay Pryor positively utilised the lockdown with a string of well received DJ sets from his picturesque East London balcony whilst also using the time to continue pushing his craft and refining his sound. He now comes with a fresh House inspired anthem ‘Aside’ signalling the next chapter in this young producer’s ascension. Signed to the legendary UK label Positiva as a priority, Jay Pryor is a fast becoming a well-recognised as an up and coming Dance music name; a sure one to watch.