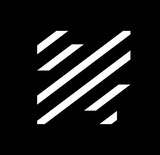 𝐰𝐞𝐛𝐬𝐢𝐭𝐞 : 𝐡𝐭𝐭𝐩𝐬://𝐯𝐨𝐧𝐩𝐚𝐫𝐢𝐚𝐡𝐬.𝐨𝐫𝐠 Born at the end of the noughties near Fontenay-Le-Comte, Von Pariahs are Sam Sprent (Vocals), Theo Radiere (Guitar, backing vocals), Marc-Antoine Riot (Guitar), Romain Bouchet (Keys, Percussions), Hugo Allard (Bass) and Guillaume Cibard (Drums). Hidden Tensions (2013) & Genuine Feelings (2016) were their first and second albums that saw them tour around the world, building a solid reputation... This time around, a change of formula: the band have relied upon the services of a producer with the aim of broadening the debate and reaching new sounds. Eric Pasquereau, the singer/guitarist from La Colonie de Vacances and Papier Tigre among others. The many tracks already composed were stretched, shredded, twisted and finally transfigured by this collaboration which has lasted nearly two years.

Radiodurans is one of the most resistant organisms known in this world. This band is now more united than ever, indestructible, with this new album full of freedom and originality, that we will not often come across in the coming months. On the threshold of their first album the cartoonist Luz said: "Ian Curtis is not dead, he’s getting drunk in Nantes with the most promising young French band Von Pariahs". Today we can say this : he’s getting drunk with one of the best bands full stop.