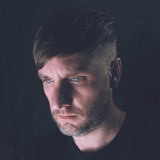 With more than 20 years of constant work on his own musical and artistic visions in the studio (sonically and visually) Germany’s Misanthrop is no stranger to the international Drum & Bass scene at all. He was caught up by the dark sounds and menacing beats of drum and bass in the early nineties, when he decided to produce his own tracks under the moniker Misanthrop. His trademark is without a doubt a combination of

experienced production skills and musical intuiton paired with unlimited need for creative and technical progression ! With his hard hitting and distinctive sound his back catalogue ranges from successful releases on RAM, Blackout, Division, Shogun Audio, OWSLA, Mau5trap, Renegade Hardware, Shadow Law, Cyanide, Subtitles Music and his own imprint Neosignal Recordings. As DJ, the south german based musician has toured most of the worlds DnB locations, clubs and festivals. His sets are known for flawless mixing, deep cutting edge funk and enough energy to split an atom. His music gains steady support by international top acts like Amon Tobin, Noisia, Skrillex, Foreign Beggars, Andy-C, Koan Sound, Friction, Goldie, Skream, Alix Perez, Rockwell, Phace, Mefjus etc. Misanthrop is more as one to watch, he has always been around and just waited for the right moment to step out of the shade. bookings@msnthrp.com