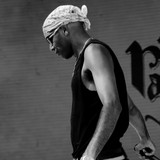 Birthplace: Boston, Massachusetts. Date of Birth: May 12, 1975 Hieght: 5'10" Eyes: Brown Heritage: African American/Caucasian Ellis is a songwriter, producer as well as a performing artist. The statement "history repeats itself" certainly is true for Boston born Ellis Hall III. "E3" as he is referred to in music circles, has the influences of his father, Ellis Hall Jr., the legendary soul singer, formerly of Tower of Power, to thank for his rich musical beginnings. However, music was not his initial career pursuit. He loves computers and studied graphic design which led to an associate's degree from Northern Essex Community College of Massachusetts. He attended the University of Massachusetts Lowell on track scholarship. His smooth crooning style is reminiscent of Donny Hathaway, one of his major influences. His beats are contemporary and combined with his old-school R&B roots. His refreshing sound is a welcome contribution to today's musical landscape. His soulful melodies and complex harmonies stir a plethora of emotion in his listeners, whether from his hip-hop influenced tracks or his soulful ballads. Other influences include Anita Baker, James Brown, D'Angelo and Stevie Wonder. He's worked with artists such as MC Lyte, Redman, Method Man, Saukrates, Termanology, Micheal Whalen, and Choclair to name a few. Ellis is also a member of the "Gilla House" collective, an independent music movement captained by Reggie Noble. More info: www.E3PublishingCo.com