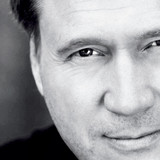 Soft pop vocalist Samuli Casimir Edelmann is one of the most popular Finnish singers and actors of the '90s and 2000s. The child of an actress (Marja-Leena Kouki) and a composer (Toni Edelmann), his film and music careers proceeded roughly in tandem, achieving considerable attention early on in both areas and remaining continuously active and successful enough that neither outshadowed the other. He remains a well-known actor, with a plethora of celebrated film and television work to his credit, as well as such dubbing roles as the titular character in the Finnish version of Shrek. Meanwhile, his music has earned him three Emmas (Finnish music awards), including best New Male Artist (in 1991) and two for Artist of the Year (in 1994 and 2001). His first success as a singer came in 1991, the same year he graduated from the Theatre Academy of Finland, with the hit "Pienestä Kii" and a song, "Peggy," that was considered as the Finnish entry for the Eurovision Song Contest. The album containing both of these numbers (helpfully titled Peggy -- Pienestä Kii) was the first of Edelmann's three platinum albums. A frequent duet partner as well as a solo artist, his 1995 collaboration with Sani (from the pop group Aikakone), a ballad entitled "Tuhat Yötä," was one of the most successful songs of that year, spending ten weeks in the Finnish Top Ten. 1997's Vaiheet consisted of settings composed by Edelmann's father for texts by Hesse, Goethe, Shakespeare, and Denisov. After releasing roughly an album per year for the bulk of the 1990s, his recording pace slackened slightly in the 2000s, but 2001's Kaikki Tahtoo, which followed a gold-selling Greatest Hits record, was yet another platinum smash. Following a mildly less successful showing for 2006's Voittola, he returned in 2007 with Virsiä, an album of traditional Christian hymns, released just in time for Christmas, which topped the charts for five weeks. ~ K. Ross Hoffman, Rovi