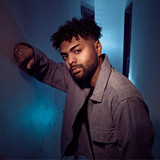 Brandon Raymond Trujillo, better known by his stage name Brandon Kai, is an American rapper, singer, songwriter, and record producer from Tampa,Florida. The artist released his first full-length EP in 2018 - at age 18 - spending much of that year perfecting his craft and putting the finishing touches on his project "In the Making" , a series of songs highlighting his journey from bedroom creations to full-length projects that would come to form his foundational opus.   Now 21, Brandon’s sound has evolved in the years since his debut project, to include a mixture of danceable tracks, deep cuts, and collaborations that make his online following of loyalists even more connected. Brandon released "F*ck a Day Off" in 2019, a song and video that secured a spot on Vevo's "Artists to Watch" playlist, landing him on the radar as a talented emerging artist and providing ample opportunity to leverage his rising status. He signed deals with Audiio, a sync music publisher, and Symphonic Distribution in the same year.