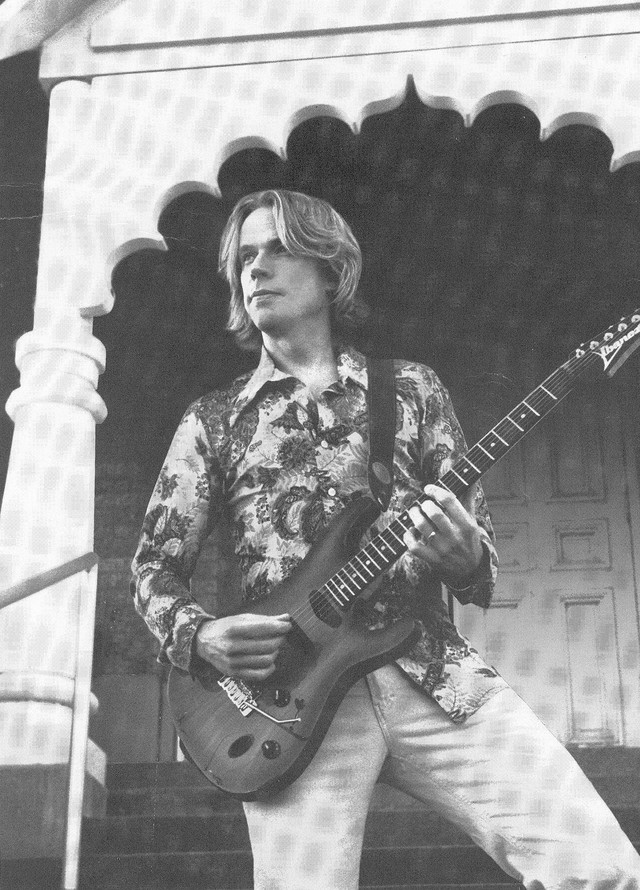 Known for his reliability and optimism, session wiz Andy Timmons is one of the most well-respected and talented musicians to have worked the sideman circuit. Timmons got his start at the age of 13, forming his first band in Evansville, IN. He realized that there was a career in being a session musician very early on, and used examples like Steve Lukather to base his goals on. He studied classical guitar and jazz guitar, eventually finding his way to Dallas to begin promoting himself as a virtuoso. He became well-known enough to land a gig with hair metal newcomers Danger Danger, and the group kept him on for almost four years. In that time, he managed to spread the word of his talents around while touring with groups like Kiss, and when he struck out on his own again in 1993, he had a wealth of experience in the industry to draw from. His subsequent releases were steady and filled with variety, from the straight guitar rock of Ear X-Tacy (his 1994 debut) to his later experiments with psychedelic pop and blues. On top of that, he became one of the ace studio musicians in the country, working for Paula Abdul, Paul Stanley, Olivia Newton-John, Kip Winger, and countless others. He also served as the guitarist for many other tours and live performances, most notably with Newton-John, the Beach Boys, and LeAnn Rimes. Timmons' vast talents have kept him afloat for many years, and his continued success is almost guaranteed just by the sheer amount of work he is willing to put into the job he obviously loves. ~ Bradley Torreano, Rovi