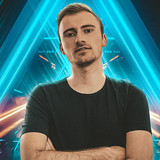 Sebastian Schalk turns his talents to the turntables as a full-beam charisma machine and comes on strong with hedonistic energy needed for the 21st century and sensory EDM overload. Austrian DJ and electronic music producer Sebastian Schalk rose to prominence atop the sparkling wave of DJs who work with big room and dance music genres with a punch of electro house at the start of the 21st century. He broke through in 2017 with his single

“Not The End” from his debut effort with Thomas East feat. Magdalena F. Topping DJ rank lists in recent years, he climbed the charts in collaborations with label Balloon Records "Missing You",Fuckin’ House "Lonely Wide" and "Sunrise". A native of Austria, the artist born Sebastian Schalk grew up without a clue that electronic music existed but now he is genre’s most cutting edge superstar. He is also one of the most beloved DJs and producers around. His tracks and albums routinely top end-of-year lists in the electronic dance music press; their density and technique please the chin-strokers at the back, while their playfulness and celebration get hands in the air down the front. Making him one of the finest talents in EDM leaping into the world of unknown. His music lover attitude - that he only produces good music while he's having contemplated fun made the DJ release single after single. The track “Missing You” in collaboration with record label Balloon Records was featured in the top 50 in the “DJ Charts Austria” for 7 weeks.