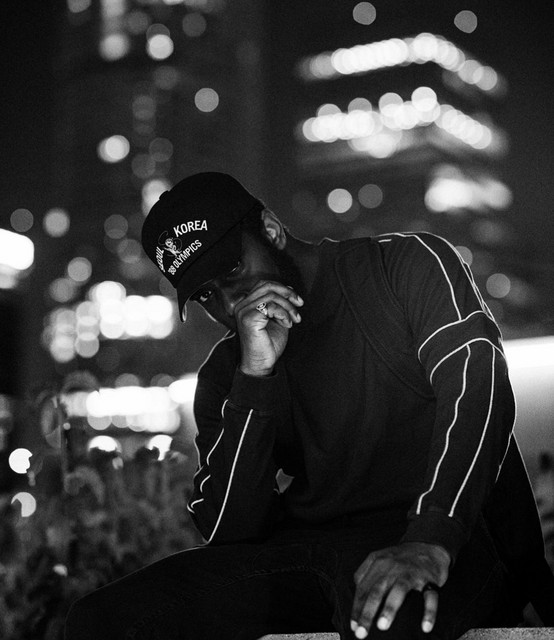 Outlaw The Artist is a Bronx-born, East London-raised hip-hop star whose inimitable songs can be found on HBO, Netflix, and The CW's most popular shows. To describe him in less than a page is like trying to solve an impossible Rubix cube, but here's what you should know. He's a rapper of New York's fierce grit and lyrical aptitude, who masterfully infuses the heart of the UK's Grime scene, along with the soul of his Caribbean heritage into his music. The result is a sound that feels familiar yet unexplainably alien — catchy, thematic, and genuinely creative all at once. His unique brand of hip-hop can be found on Power Book II: Ghost, the popular HBO series created by 50 Cent, a catchy commercial for NBA 2K Mobile, a Covergirl Ad for Issa Rae, and other popular cultural moments that have made him an artist that the world, at large, is watching out for. His chart-topping songwriting credits include the likes of K-Pop Superstars: EXO and NCT 127, whose latest albums peaked at #1 & #7 on the Billboard World chart, respectively. Genre-leading publications like Lyrical Lemonade and Earmilk have begun to take notice of the gravity of what his music is doing as he continues to burst open new doors and rack up placement after placement. He's an outlaw of the industry, but before long, he'll be its icon.