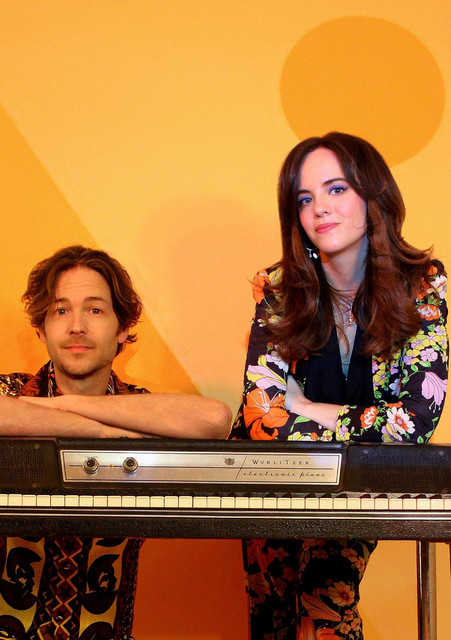 Bass Race is the sonic lovechild of Los Angeles-based couple Steven Mertens and Laura Benack. You could aptly describe their musical influences as soft yet rich and yacht yet synth with heavy echoes of jazz, funk, and soul. But stop there and you’d miss out on the more tantalizing alternate reality in which the Carpenters cheat death to evolve through the ‘80s and ‘90s that truly characterizes their sound. Equal parts scenescape and substance, their debut album, Tender Vittles, transcends categorization. Unfussy but far from simple, each song offers an efficient vehicle for traveling through time and memory, vacillating between dreamlike introspection and crystalline clarity. Detail-rich lyrics ground the gauzy atmosphere and add a crisp prescience to the dreamlike styling. After meeting in New York in 2010, Mertens and Benack started dating and immediately dove into a musical partnership. With the help of friends and Benack’s brother on trumpet, they made music videos including one for their trippy, eerily playful song called “Clowns Everywhere.” Determined to use every ounce of their collective talent, they began combining their music with Mertens’ visual art in 2019. The product is the @raceofbass Instagram page, a completely unique never-ending surreal multi-media collage with animated videos as easter eggs, described by fans as “magical” and “super amazing mega fantabulous.”