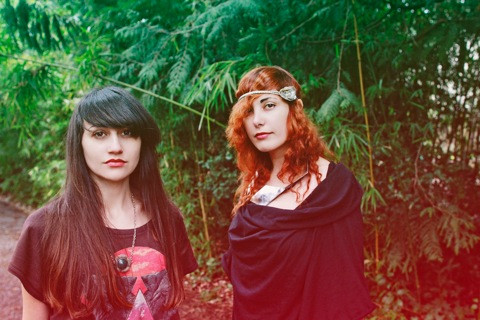 Crafting adventurous dream pop reminiscent of Blonde Redhead and Au Revoir Simone, Lilies on Mars is the project of Sardinians Lisa Masia and Marina Cristofalo, a pair of old friends and multi-instrumentalists who moved to London in the 2000s to pursue their musical career. Experiences like collaborating with Franco Battiato on various film and music projects and creating a tribute show for David Lynch inspired them to form Lilies on Mars, and they released their self-titled debut album in 2008. Along with performing with Battiato and on their own, Masia and Cristofalo welcomed former Sunny Day Sets Fire member Matthew Parker as Lilies on Mars' drummer, and this version of the group recorded the sophomore album Wish You Were a Pony in 2010. That year, the band also won a remix contest held by Christian Fennesz for their reworking of his previously unreleased song "The Seventh String." After Wish You Were a Pony's release in 2011, Lilies on Mars made their way to 2012's South by Southwest festival. Valentina Magaletti became the band's drummer in time to work on Dot to Dot, which was released in Italy in 2013 and featured the single "Oceanic Landscape," another collaboration with Battiato. Dot to Dot received a wider release in 2014. ~ Heather Phares, Rovi