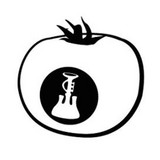 Municipale Balcanica was founded in 2003 by Nico Marziale, Paolo Scagliola, Raffaele Piccolomini and after a substantial live activity, publishes his first album in 2005. The debut album is "Fòua", in which the MB starts a lively and profound synthesis of Tzigane, Yiddish Klezmer and Eastern Europe sounds and the most radical and warm music from its homeland, Puglia, in southern Italy. The prestigious journal International Folk World, assessed MB' s 'Hava Nagila' as "one of the best interpretations heard among thousands of last three decades.". In June 2012 MB released the new album Offbeat developed with the support of Puglia SOUND. The record met critical acclaim: "This is amazing and unique intoxicating music. I love it. (FOLKWORLD) "and" A great test of Municipale Balcanica in this project demonstrated its ability to disengage from various styles and languages. (Rai Radio3). "In November 2012 MB

won the competition MB of La Repubblica XL as the most voted band from Puglia. In 2013 MB tour travel to Austria, Brazil, France, Hungary(Sziget). At the end of 2013, MB