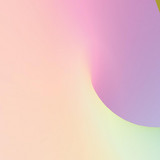 Icelandic trio Samaris formed in Reykjavik in 2011 and created atmospheric, electronic-influenced music layered with percussive beats and singer Jófrídur Ákadóttir's haunting vocals. Their sound was completed by Áslaug Rún Magnúsdóttir on the clarinet and Þórður Kári Steinþórsson's rich, textured arrangements. Their otherworldly music was influenced by their lyrics, which were taken from 19th century Icelandic poems and inspired the mesmerizing, chant-like melodies that Jófrídur employed. The band began to play shows in Reykjavik and wore costumes to their live performances to help secure gigs, but it was soon clear that it was their music that was drawing the crowds, illustrated when they won the 2011 Icelandic Músíktilraunir competition. They soon entered the studio and released two EPs, Hljóma Þú in 2011 and 2012's Stofnar Falla, which was recorded at Sigur Rós' Sundlaugin studio with Gunnar Tynes of múm. The following year they caught the attention of One Little Indian, who signed them and compiled their two EPs to form their eponymous debut album, which was widely praised. They went on to play a host of European shows and festivals that year, including appearances at Sonar, Berlin Music Week, and Reykjavik's Iceland Airwaves. Following their heavy touring schedule, they took a brief hiatus while Áslaug departed on a long planned trip around the world, but they regrouped in the New Year to perform at the Sydney Festival. Their first full-length record and second release, Silkidrangar, was due for release in 2014. ~ Scott Kerr, Rovi