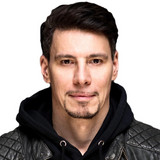 A household name in dance music with astronomical streaming numbers and a decade’s worth of hits in his music catalogue, Thomas Gold is a producer who’s highly regarded in the scene. Gold’s devoted fan base and undisputed hits have been the catalyst to the producer's domination, landing him performances at festival mainstages including Ultra Music Festival, Coachella, Tomorrowland and many more. After a massively successful year 2018, the legendary German producer continues to blast through the electronic music scene this year with his newest radio masterpiece “Gold'" on Armada Music, as well as another progressive banger called “Wildest Dream” on Nicky Romero’s Protocol imprint. 2019 also brings Thomas` first major release on Universal Music, out early summer. A testament to his constant evolution and growth, last year, Gold revealed a new tech house side project, AU-1. The project was created as a return to the original sounds of Gold’s tech house roots. Throughout his career, Thomas Gold has released on reputable labels including Axtone, Armada, Revealed Records, Protocol and Spinnin’. His progressive sound saw him rise to the upper echelons of global electronic superstar DJs. With enormous tracks in the pipeline, 2019 is moving at a rapid rate for Thomas Gold and there is no slowing down anytime soon.