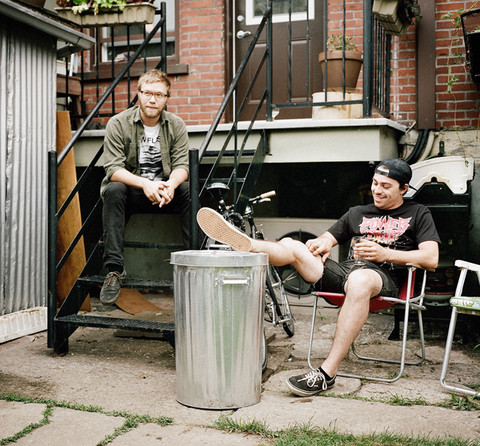 Crafting a lo-fi, punky yet melodic sound evoking Superchunk, Dinosaur Jr., and Sonic Youth, Montreal's Solids is the project of guitarist Xavier Germain-Poitras and drummer Louis Guillemette. The pair played together in another band, Expectorated Sequence; in late 2009, when Germain-Poitras had some song ideas that didn't fit that group, he asked Guillemette to work with him on them. Though they intended to expand Solids' lineup, Guillemette and Germain-Poitras found their chemistry as a duo worked best, and they released their debut EP, Generic Dogs, in 2010. Following the 2011 7" Fog Friends and 2013's split single with Toronto's Animal Faces, Solids began work on their first album with producer Adrian Popovich, formerly of the band Tricky Woo. The results were 2014's Blame Confusion, which featured some of the band's most densely packed rock yet. ~ Heather Phares, Rovi