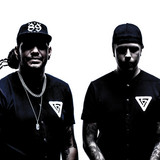 The End Of Grace

Featuring The End Of Grace

History of 1 million plays on Spotify as an independent band, which in these days of the music scene is quite unique. Sweden’s up and coming metal bluescore act The End Of Grace is sure to stand out, mixing Kriss Panic's metal vocals, with blues laden and Rock vocals (Glen Gilbert/Hide the knives). Mixing a rich blend of metalcore, blues, dubstep and straight up metal, are surely going to take the Swedish Metal scene by storm. Winning new fans wherever they play, they have the magical ability to appeal to everyone with their guaranteed energetic live shows! The End Of Grace has gone through some transformations, and have now landed with fresh, new blood, the band have established themselves in Sweden in an over bloated metal scene and have made a name for themselves with their energetic and crowd friendly performances, winning them friends wherever in the world they play. They are back with the new debut album “Infinite Shadow Of Memories”!