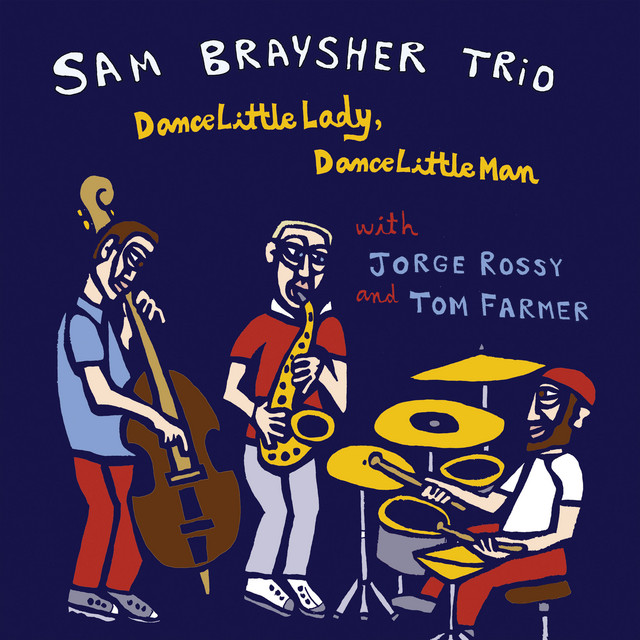 "A triumph of intelligence and sentiment from all in this subtly stand-out recording, with a deceptive simplicity that reveals new depths with each listen." Eddie Myer, Jazz Views Dance Little Lady, Dance Little Man (UNIT Records) is the new album from Sam Braysher Trio with Jorge Rossy and Tom Farmer Sam Braysher is an alto saxophonist from London. His debut album, a duo recording with the New York pianist Michael Kanan, received international critical acclaim, with Dave Gelly calling it "delightful and surprising in the Observer. Jorge Rossy is one of the most influential drummers of his generation. Best known for his stint with Brad Mehldau's Trio, he has also played with Lee Konitz, Carla Bley, Mark Turner and many more. He also plays vibraphone and marimba. Tom Farmer is one of the most charismatic and in-demand double bassists in London. He makes up one quarter of Empirical, and also plays with Anoushka Shankar, Joe Stilgoe, Ant Law and Ivo Neame.