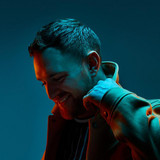 Representing a new breed of electronic artists, SJUR is the producer and DJ you need to get to know. SJUR can already show to global streams reaching into the hundreds of millions with hit singles like 'Let Me Love You (feat. Chris Crone)' and 'Rich & Famous (with Isac Elliot)', official remixes for Pitbull and James Arthur and countless DJ-sets. SJUR has positioned himself as one of the most exciting newcomers from Norway. SJUR started off as a DJ in Bergen in 2009 and has gone from playing on local clubs to big festivals while signing with Sony Music Norway and MADE Management (Sigrid,AURORA). After winning 'Upcoming Electronic Producer of the Year' during the NRJ Music Awards in 2015, gaining write-ups on Billboard.com and being #1 on the Hypem charts three times SJUR released his first single on Sony in late 2016. Since then he's been in the Top 50 in Denmark, Sweden & Holland and received support from the likes of heavyweights such as Kygo and Sam Feldt during their live shows. The last two years SJUR has very quickly amassed a huge following. Throughout the summer he played on stage at multiple Norwegian events and festivals including a showstopping performance in front of an audience of 70k with Scandinavian superstar Isac Elliot, as well as playing support for R3HAB. He was nominated for “Best Norwegian Artist” at last years NRJ Awards, while his mashup 'I’m Losing Sexyback' - FISHER vs Justin Timberlake is nominated for “Best Mashup” at the Remix Awards 2019.