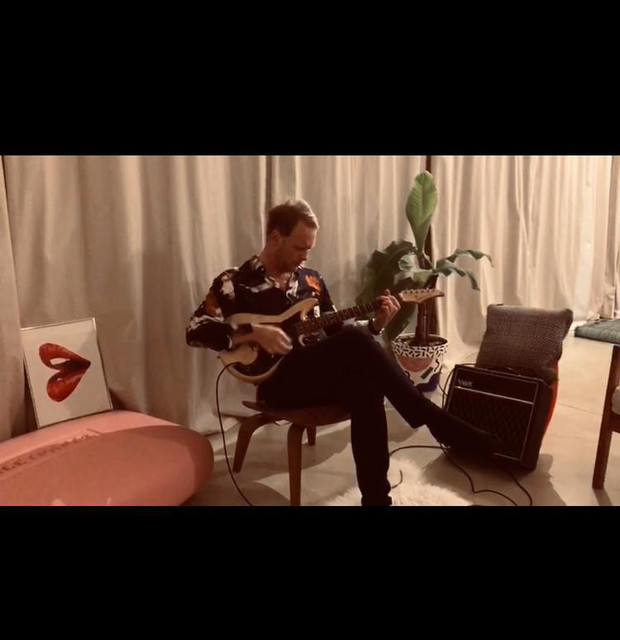 Lives (aka Peter Chisholm) is a singer/songwriter from UK (based in Biarritz, France)   Growing up on the Atlantic coast in Cornwall, UK he is a former competitive surfer and member of the British Surfing Team.   Artistically LiVES is a true unique! Technically a singer songwriter, BUT he is no ordinary solo artist with an acoustic guitar...!   LiVES is loud and intense...He is raw and he is rock!   His shows are heavy, dark, wild and beautiful with a guitar sound and blues voice that fills up the room as he lays his emotions bare for all to hear (and see) it’s uncompromisingly real - a solo show like no other.   “His performance is visceral, energetic and human... and he has melodies to die for! At times it’s hard to realise that one man is making all this noise in front of me”   So, technically a singer songwriter, yes! But in reality a rockstar...and a real original.   Off the stage his music is used on TV, film and advertising throughout the world including BBC, Canal Plus, ITV, Channel 4, Channel 5, Warner Bros, ESPN, CBS, Sony, MTV, Netflix and many major brands for advertising.   Peter has written for/with James Morrison , Bob Geldof , Sony BMG and collaborated with producers such as John Cornfield ( Muse , Razorlight Supergrass ) & Pete Briquette (Tricky, Boomtown Rats, Renaud, Glen Hansard)   He has had 3 songs in Kerrang Magazine’s top 10 songs of the month and has been ‘Record Of The Week/Month’ in The Guardian, The Fly, Rocksound and CMJ Magazine.