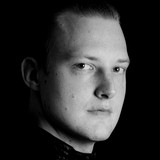 Jelle Dittmar is a Dutch composer and musician, who has dedicated himself to music for film, TV, and videogames. From 2018 onwards, he has been active as a composer for various publishers such as Atom Music Audio, BMG Production Music, and Warner Chappell Production Music in Los Angeles. His music has been used internationally in TV shows, documentaries, and films such as "RuPaul's Drag Race", "Formula one 2020"