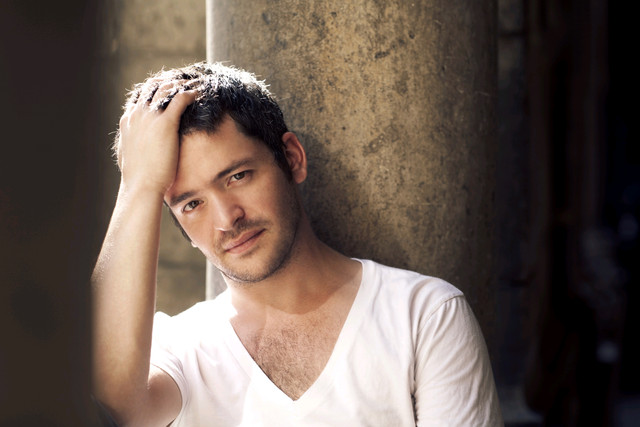 Grégoire is a Parisian singer/songwriter who, without any initial major-label support, broke through to mainstream success in the French-language world in 2008 with his smash hit single "Toi + Moi." Born Grégoire Boissenot on April 3, 1979, he began his musical career on the piano, learning to play songs such as the Beatles' "Let It Be," Elton John's "Your Song," and John Lennon's "Imagine." He cites the Beatles, Jean-Jacques Goldman, Cat Stevens, Elton John, and David Bowie among his primary influences. Grégoire's rise to fame began in association with My Major Company (MMC), an innovative online music company in France that operates almost entirely outside the major-label music system. He was the first MMC artist to break through to mainstream success when his song "Toi + Moi" was put into regular rotation by the popular radio stations RTL and NRJ. Grégoire's full-length solo debut album, Toi + Moi (2008), was subsequently released in association with Warner Music France, which had agreed to a distribution deal with MMC earlier in the year. Debuting at number two on the French albums chart, Toi + Moi proved similarly popular in neighboring Belgium and Switzerland, as did the title track, charting at numbers one and nine on the respective singles charts there. In the wake of his breakthrough success, Grégoire was nominated for Best New Artist at the 2009 NRJ Music Awards. ~ Jason Birchmeier, Rovi