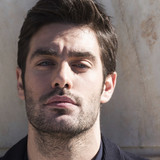 Kostas Martakis is a Greek singer, with many talents as he has excelled also as a TV host and actor. Having released 5 studio albums, all of which went Platinum in Greece and Cyprus, numerous singles that reached the top ten charts. During his 13-year career, Martakis has collaborated with almost every famous Greek singer in live concerts and shows. He was selected as the opening act for the Jennifer Lopez concert in Athens in 2009 – the same year that E! Entertainment included him in their 25 Most Sexy Men in the World” ranking. Apart from music, Martakis is an accomplished dancer and TV persona, which he demonstrated when he participated in the Greek TV shows Dancing with the Stars and Your Face Sounds Familiar, and then co-presented the second season of Dancing with the Stars and the very first Greek music-fashion show, Mad Walk. In 2013, Martakis stunned audiences with his breakthrough role as an actor when he starred in the very successful Greek adaptation of Rent the musical, where he received very positive reviews. He also starred in his second musical “(Den) Se Thelw in 2015 and in a TV series the following year. Through 2016, Martakis continued his TV career where he was the host of the Greek TV-game Super Buzz in 2015 and co-host in the Greek prime-time morning TV show, Kalimeroudia. 2020 finds him in the studio recording his 6th album, which will be released in 2020, yet he has released his first single of the album “Mazi sou” (with you).