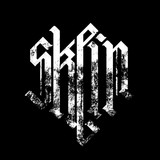 Distances marks a new level of ambition for Finland's Skein, who have been taking decisive steps on their path since the band's formation in 2014. The five-track EP, produced by Tuomas Kokko (i.a. Swallow the Sun, Ghost Brigade, Timo Rautiainen & Trio Niskalaukaus), is guided by a musical and lyrical theme throughout the versatile musical landscape that showcases the strenghts of the band's evolved sound. After the digital single Cartographer (2018) - the successor to their latest full-length Deadweight (2017, #36 on Finnish Album chart) - the band wanted to challenge themselves in new ways, resulting in Distances' rhytmically evolving and thematically progressing compositions. Paired with music videos for each tracks, the EP will be released during July 2020, a track per week. Since the beginning, Skein's music has proven hard to place under a single label, genre or category. During the years, the sound of the band has evolved into it's current unique form, consisting of post-rock and -metal tones, as well as alt/prog metal elements with flavours from wide range of different styles and moods. The atmospheric music moves from the more melodic and clean parts to aggressive and distorted means of expression.