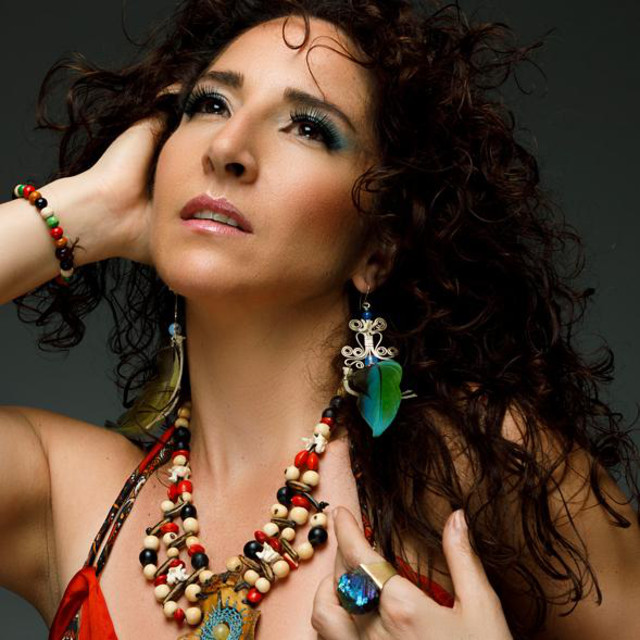 Latin Music Artist | Rebel Opera Diva | Bolivian-American Citizen of the World || Acclaimed by Latin Jazz Net as a "provocative and brilliant" artist, Gian-Carla makes bold crossings between Latin American folk, jazz, soul, pop, political song, classical and roots music. Of her performance at New York's Symphony Space, Classical Lite Magazine praised: "With her power, vocal clarity, and with a combination of glamour and grits she incorporates it all… she is a jewel of an artist." In August 2014 Gian-Carla released her debut album Nora la Bella, which was chosen Album of the Week by Latin Jazz Net and of which critics rave: "You've never heard anything like it, it's quite possibly a game-changer, you can only welcome it entirely and you can’t help but admire her bravado." - The Examiner Her latest project is Sounds of Quiroga, a dynamic Tropical project of groundbreaking Salsa, Merengue and Bachata dance music. She joins artistic forces with Arturo Pena (Dominican Republic) to create a daring colidoscope of rhythm and song infused with intense harmonies, contagious melodies and the addictive synergy of afro-Latin rhythms with the Big Band sound reminiscent of classic Latin orchestras. For the recording they brought together the talents of 26 Caribbean and Latin-American musicians and singers based in New York City, Dominican Republic and Bolivia. They met in the city’s music scene, Gian-Carla as a singer|composer and Arturo as a drummer|producer. (soundsofquiroga.com) <br>