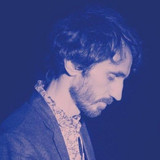 Anchoring Sky was my first song, early 2020, to be added to the Spotify Editorial Playlist Classical New Releases. Later this was followed by Twilight in Bruges (Solo Piano) (with Tom Merrall), Whisperings of the Lotus IV: Union, The Snail’s Teachings II: The Wonders of , Gracewood (Revisited), and Moulain (Revisited 432hz), which were all added to the beautiful Editorial Spotify playlist Calm & Focused.   It’s a blessing to be able to reach new audiences and existing fans all over the world via Spotify. During 2021 I intend to release several collaborations, a remix of my first album Into resonance, and several other singles. I do miss my live concerts tremendously (see pictures),… at the same time I’m happy to announce the release of at least one live album later this year. Let’s stay in touch. With love, Steven. “His music breathes a palpable sense of calm and serenity, which is the main reason why it’s often performed for audiences while they lie down, relaxed and with eyes closed. And since there’s no applause in between the songs, the musical experience speaks for itself.” … “there’s relaxing piano​ with an occasional touch of strings, a unique and soothing cosmos with a cinematic touch. He also creates immersive experiences of modern ambient tones and minimal electronic soundscapes, where time just seems to expand". I also produce other artists & custom projects, just PM me on social media.