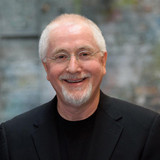 Patrick Doyle is a classically trained composer. He graduated from the Royal Scottish Academy of Music in 1975, where he was made a Fellow in 2001. After many years composing for theatre, radio and television, Patrick joined the Renaissance Theatre Company as composer and musical director in 1987. In 1989 director Sir Kenneth Branagh commissioned Patrick to compose for feature film ‘Henry V’,conducted by Sir Simon Rattle, and they have since collaborated on numerous pictures, including ‘Much Ado About Nothing’, ‘Hamlet’, ‘As You Like It’ and Walt Disney’s live action version of ‘Cinderella’. Patrick and Branagh’s collaboration within theatre and film has continued to this day with Patrick composing for 2021 Twentieth Century Fox feature‘Death of the Nile’.

Patrick has been commissioned to score over 60 international feature films, including ‘Rise of the Planet of the Apes’, ‘Brave’, ‘Harry Potter and the Goblet of Fire’, ‘Gosford Park’, ‘Sense and Sensibility’, ‘Indochine’,‘Carlito’s Way’, ‘A Little Princess’, ‘Whisky Galore!’, ‘A United Kingdom’, ‘Sgt Stubby: An American Hero’and 'Murder on the Orient Express'. He has received two Oscar, two Golden Globe, one BAFTA and two Cesar nominations, as well as winning the 1989 Ivor Novello Award for Best Film Theme for ‘Henry V’. Patrick was also honoured with a Lifetime Achievement Award from The World Soundtrack Awards and Scottish BAFTA, the Henry Mancini Award from ASCAP and the PRS Award for Extraordinary Achievement in Music.