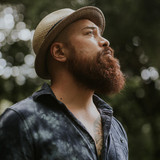 Tavana is a one-man band from Honolulu, HI who uses his feet to accompany himself on guitar, banjo, lap steel, or ukulele, while singing soulful, island-inspired Rock and Blues. Tavana has been the supporting act for Shakey Graves, Alabama Shakes, Xavier Rudd, and Kaleo, and has performed and recorded with Eddie Vedder, John Cruz, Henry Kapono, Leon Mobley, Chris Chorney and others. His 2017 Album, 'Aloha Spirit' was nominated for a Na Hoku Hano Hano Award for Best Contemporary Album of the Year, and he just completed a major tour in 2018, sharing his musical aloha with fans in Canada, Japan, and on the U.S. Mainland. In 2019, Tavana won a Hoku Award (Hawaiian Grammy's) for 'Compilation Album of the Year' for 'Songs of C&K' which he recorded alongside Henry Kapono, Mike Love, Kimie Miner, Alx Kawakami, and Paula Fuga. 2020 has been a very busy year for Tavana, with his album release Sway and his recently released EP, Just Be You.

Tavana continues to show his versatility as a singer/songwriter and musician.