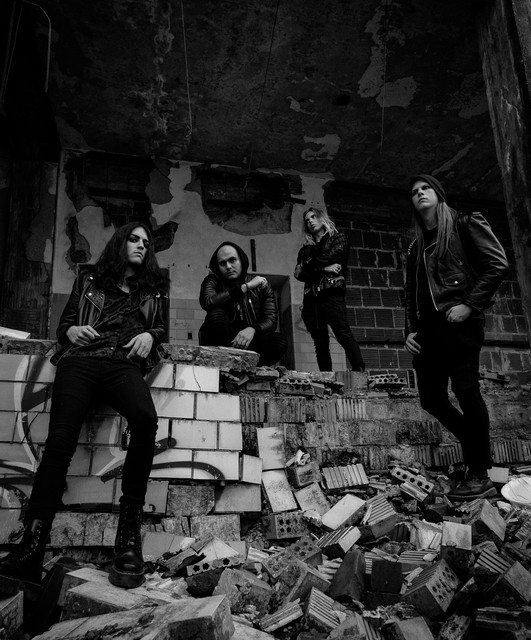 Combining a mix of the chaotic styles of modern metal, the prowess and anthemic instincts of classic rock, the infectious hooks of radio alt-rock, powerful electronic and symphonic elements mixed with something new entirely, Arkangela is a unique rock quartet centered around dualism, with one goal in mind: creating passionate and hard hitting music meant to evoke introspective thought within the listener, invoking influences such as Avenged Sevenfold, HIM, My Chemical Romance, Mötley Crüe, Slipknot and more.   Consisting the talents of frontman Ryan Beck, guitarist Louis Russo, bassist Roman Ryliee, and drummer Gabe Osborn, the quartet has spent their collective lives refining their craft and questioning their world view. Dubbing themselves "The Saints of Misery", the messages of challenging authority and creating a positive perspective and actions from negativity are common themes in their music. In 2015, they released their debut "LIMBO", a concept EP addressing social issues of mental illness, domestic terrorism, and morality as a whole. After a brief hiatus, Arkangela returns in 2021 with new music, setting their sights focused and forward.